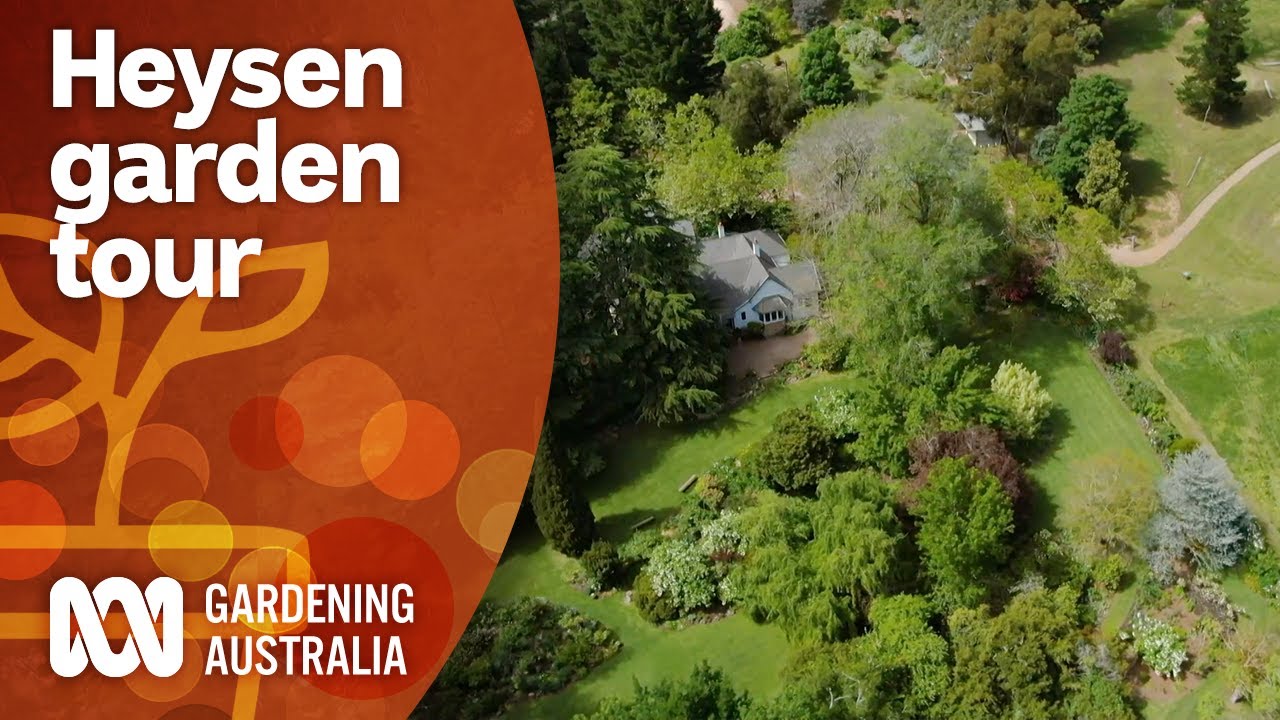 Sophie visits Heysen’s much-loved house, studio and large garden in the Adelaide Hills which is now open to the public.

Hans Heysen purchased the undulating property in 1912. It’s over 100 hectares and there’s a 2-hectare garden surrounding the ‘arts and craft’ style house, positioned at the top of the garden (there are views!).  The large Himalayan cedars near the house date from the 1870s and give the property its name.

The house became the lifelong home for Hans, his wife Selma and their 8 children. One of Han’s daughters, Nora Heysen, was also a well-known artist. Both the house and two studios contain  Hans and Nora’s artworks including many landscapes and still life paintings that depict trees and flowers still growing on the property.

Curator Alan Campbell started working on the property in 1992 as a gardener two years before it opened to the public. Alan says the garden is “one of the rare gardens in Australia that is an authentic artist’s garden.” Allan compares it to Monet’s garden as Heysen was both an artist and a gardener, and he painted in his garden.  “As soon as the Heysens moved in they started the serious garden layout. Hans built stonework paths, walls, steps and borders of the local quartz and sandstone. When Hans wasn’t painting, he was gardening.”

Heysen is best known as one of the first Australian painters to focus on eucalyptus trees as an artistic subject. The property boasts a magnificent collection of ancient gum trees, some as old as 600 years.  Allan: “Hans called the Eucalypts his models. Nature was his religion. He loved the eucalypts and was so distraught at the land clearing that he keep buying up land in the area.”

The property was originally on unreliable bore water so in the decades after Hans death in 1968 the family started planting native species to conserve water. Then 10 years ago the garden went onto reclaimed water as next door is a water treatment plant.  The highly treated water is pumped into a large tank on the hill then gravity fed into the garden. Alan notes “it is very pure water, almost good enough to drink although you wouldn’t actually drink it.” But it has transformed what they are able to grow “Even in the worst summer the garden is now a green oasis!”.

Access to water means that the plan to restore the garden to Hans’ European design is now possible. “It was never a grand manicured garden, it’s a rambling country garden” notes Alan. The layout hasn’t dramatically changed but many of the trees planted by the family in the early 1900’s such as the silver birches and English elms have grown up and shifted the original front garden from a sunny open garden to more of a shaded garden.

“The flower garden was very extensive” notes Alan, “The flowers in the house were all picked from this garden and the flowers changed every 2 or so days”. From both Hans and Nora’s flower still life paintings, Allan has a good idea of what to plant to restore the garden to its heyday. Currently, the garden has lots of Aquilegia (columbine), scabiosa (pincushion flower), campanula (Canterbury bells), poppies, pure white beladona (easter lily), old strains of jonquil daffodils and delphiniums.

One of the most popular subjects for painting were the roses. There are over 100 roses in the garden that will be looking splendid for filming. Hans collected in the 1920s as cuttings from the local cemetery gardens. Some of the roses are over 100 years old.  “He loved the old fashioned roses such as bourbon rose ‘Souvenir de la Malmaison’, and it was painted often by both Nora and Hans.” Allan says they call it the ‘Heysen Rose’ now.

This is an official Australian Broadcasting Corporation YouTube channel. Contributions may be removed if they violate ABC’s Online Conditions of Use http://www.abc.net.au/conditions.htm (Section 3).